My goal of my blog is to bring life events, and share with my readers that you are able to get out of any situation, if you set your mind to. May it be fincial, relationship, or anything else. I preach about work, home, and life. In this post, I will share with you the signs I experienced with a relationship I was in foir two months, from New years 2016, until about March 1st, 2016. No names will be mentioned in the post, due to respect for individuals.

Signs of a Bad relationship.

It was June of 2015, and I had gotten into a construction company, I was operating equipment until about November, work the dirt work started to slow down, and it was either, be laid off or flag. So I went to flag on a turnpike job we had. I was manning one of the gates on the turnpike to only let emergency personnel and construction personnel through the gate. Come December, I made the decision to put my notice I, I was going to go to another company that would allow me weekends, and go into the military.

At least I thought I was going that route because I made that decision to have a better life for not only me but my furbabies as well at that time.

The reason for my station of being that gate keeper, was so many of the workers would mention how pleasant I was, I always had a smile on my face rain or shine. It made their days.

That one afternoon, however, it was my last day at this construction company, before I was getting ready to leave that day, one of the triaxke drivers had stopped to tell me that his co-worker wanted to stop and talk to me.

I was thinking to myself, I really want no part of any guy right now. I had already been through enough in life, 27 at this time, and no one has even shown me the respect that I deserve and at that point in my life I was done with men all together.

So this driver, finally came through and stopped to talk to me. One thing I noticed, he never told me his age right off the bat, however, he did look young, like younger 30’s.

After we left work that, or course exchanging numbers, we strarted texting one another. I asked him how old he was then, and his reply was, 44.

He asked me, and I was hesitant to keep talking to him. I told him I was 27. Then our conversation turned more. He had two kids. More closer to my age, and I literally wanted to stop talking right then and there.

I made a phone call then to my mother and explained to her this guy. I was very uneasy about. We did however make plans to go see Christmas lights, but I intentionally blew him off for two weeks after.

So, come Christmas day, I was excited. My truck I had, a 2005 f250 6.0 turbo diesel, was just getting worked on. My brother fixed it. He pulls up with it Christmas day and I was so thrilled to have it back, I got new fender flares for it, that me and my dad put on. Oh, I loved that truck!

Two days of having it back, I was driving it and it completely shut down! I was really down about it. I had a friend with me, and we both tried anything and everything to get that truck to start again. Then I had that 44 year old asking me if I was ok, and I finally told him I’m not, so he took the drive to “rescue me”.

After trying all I could to get my truck fixed, finally had it towed.

So, afterwards, my truck is dropped off at the house, that 44 year old wanted to take me to breakfast, since it clearly took all night to deal with the truck. He,was telling me all those pick up lines ever guy tells a girl, how happy he was that we got to finally meet, how upset he was that I kept blowing him off the last two weeks.

I finally caved into this guy, and the next two months were hell!

I am going to tell you the signs I went through with this guy, until I finally got out.

The first sign I noticed with him, he was way too friendly and nice.

Most men are not this way.

Within the first week of being with him (January 2016), I felt like he was the one to be with for the rest of my life! Yeah, guess what, I ended up leaving that new job, my house, just to be with this guy.

He told me he would take care of me!

I believed him for the next two months on everything. Two weeks into this relationship, he shares with me that he was a registered sex offender.

I should’ve walked away.

But I chose to stay. How could I be so stupid. I felt so trapped it scared me. I had no job, I knew I couldn’t collect unemployment, but he was forcing me to keep applying. I learned that he didn’t have any money.

Later on in this I was learning he didn’t want me to have any contact with friends or my family. He was turning me against them. My biggest fear, he was making me give my dog up.

This was just two months before I finally left. March 1st, I came back home within a week got a new job, 5 months behind on all my bills was scared and devastating.

But I managed to dig myself out.

Today is still a struggle to get back to where I need to be due to events that took place after. I was doing anything to get myself back on my feet, work a night shift job for a little, cute grass for neighbors, took walks and collected aluminum cans.

Everyday is still a struggle for me, and I hope by me blogging every day as much as I can, I hope to bring help to anyone who needs it.

I am a single, proud Furbaby Mother, to a six year old golden retriever, and a stray cat that I took indoors. I work full time in construction, I turned to start blogging to help others. My goal is to learn about saving money, finding ways to save money, and make extra cash. Blogging helps me therapeutic, I used to write songs when I was younger. Thank you for coming to my website! View all posts by proudfurbabymommasite

If you are looking for those new gym clothes to work out in this year, come check out 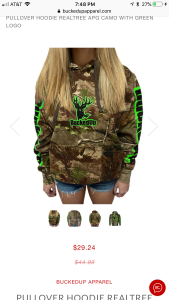 Check out what BuckedUp has for clothing! 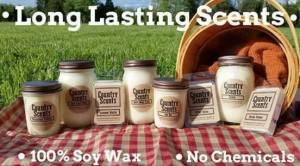 Are you lookin has for some new candles, warmers, scents for you or house or apartment?

Look no further than Country Scent Candles! They have the cutest arrangement of different home decor for your home!

Want to try your hands on receiving free make this year?